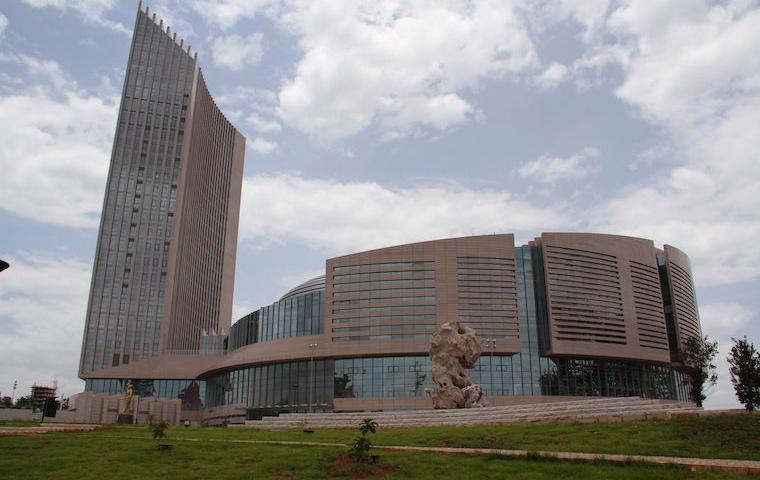 4th Meeting of the Strategic Task Force for the Implementation of the 2050 Afric
August 10, 2018

Addis Ababa, 10 January 2018– the 4th Meeting of the Strategic Task Force for the Implementation of the 2050 Africa’s

AU’s 2050 AIM-Strategy once more in the Focus of the International Maritime Organization (IMO)
July 12, 2013

One of the items of the programme during this important event in the Maritime area, is the Information on the Outcome of the Second Conference of African Ministers responsible for Maritime-related Affairs, organized by the African Union Commission in Addis Ababa, Ethiopia, from December 3-6, 2012, specifically the AU’S 2050 AFRICA'S INTEGRATED MARITIME STRATEGY (2050 AIM-STRATEGY).

This shows the willingness of collaboration between the IMO and the Africa Union, both Institutions looking in the same direction in order to emphasize and to bring to daily reality the creation of wealth for Populations through the blue growth.

Let’s recall the message of Mr. Koji Sekimizu, Secretary General of the International Maritime Organization, during the 5th Tokyo International Conference on African Development (TICAD V) held in Yokohama, Japan from June 1-3, 2013: “My message to TICAD V was that, as set out in the African Union's 2050 Integrated Maritime Strategy, maritime development should be placed at a high position in the Post 2015 Development Agenda.” ... “I ask all African countries to please see the way forward. New frontiers and opportunities are wide open to you; that is maritime development, the blue economy and blue growth.”

Let’s also recall the main objective of the AU 2050 AIM-Strategy which is to foster increased wealth creation from Africa's inland waters, oceans and seas by developing a sustainable blue economy in a stable, safe, secure and environmentally responsible manner. Maritime safety and security, and marine environment protection are also, among others, the strategic objectives to be achieved.

The AU Commission is the main coordination organ for facilitating the implementation of the 2050 AIM-Strategy and its Plan of Action, in collaboration with all stakeholders, including the IMO.

Related documents are available on www.au.int/maritime.

On 16 December, the Deputy Chairperson of the African Union Commission Mr. Erastus Mwencha sent an end of year message to all AU staff members, AU offices around the world and embassies of AU member states in Addis Ababa.

The message is quoted in full below:

Together, let’s navigate the future…. now!

Tell your neighbor to keep an eye on www.au.int/maritime, and swim with us on Twitter and FaceBook in Arabic, English, Français, Português and… Kiswahili.
Fair winds!

END_OF_DOCUMENT_TOKEN_TO_BE_REPLACED

Extraordinary Summit of the Assembly of the African Union on Maritime Security, Safety and Development
October 11, 2016 to October 15, 2016

Lomé, Togo, 15 October 2016: African Heads of State and Government have adopted and signed the African Charter on Mar

MEDIA ADVISORY
LAUNCH OF THE 2015-2025 DECADE OF AFRICAN SEAS AND OCEANS, CELEBRATION OF THE AFRICAN DAY OF THE SEAS AND OCEANS AND INAUGURAL SESSION OF THE STRATEGIC TASK FORCE ON THE 2050 AFRICA’S INTEGRATED MARITIME STRATEGY (2050 AIM-STRATEGY)

What: African Day of Seas and Oceans and inaugural session of the Strategic Task Force on the 2050 AIM- Strategy.

The meeting will feature the following events:

- To develop and adopt Terms of Reference for the work of the Strategic Task Force to accomplish the mandate given by the Malabo Decision requesting the establishment of a Strategic Task Force
- To launch the 2015-2025 as the Decade of African Seas and Oceans
- To raise awareness about the necessity to celebrate the Africa Day of Seas and Oceans both at National and Continental levels
Expected Outcome:

- Popularize the 2050 AIM-Strategy and the Africa’s Blue Economy.

- Develop a road map for consideration by the AU policy organs in view of the extraordinary session of the Assembly of Heads of State and Government scheduled to be held in Lomé, Togo in November 2015.

Africa’s seas and oceans represent today major assets to accelerate the development of African economies. Indeed, 90% of Africa’s imports and exports are conducted by sea. It then becomes necessary for the Continent to take advantage of the opportunities offered by the Blue economy. Being aware of this reality, the 22nd Ordinary Session of Heads of States and Governments adopted the Africa’s Integrated Maritime Strategy (2050 AIM Strategy) and its Plan of Action for Implementation. The 2050 AIM Strategy recommendedthe establishment of an Africa Day of Seas and Oceans and the launching of a Decade of African Seas and Oceans. The 23rd Ordinary Session of Heads of State and Government in Malabo requested the African Union Commission in consultation with the Permanent Representatives Committee to facilitate the establishment of a Strategic Task Force composed of Representatives of Member States, the RECs and the Commission, with a mandate to consider the technical details of the 2050 AIM-Strategy and propose a roadmap for the incremental implementation of the strategy in conformity with International Maritime Law. In line with the Malabo Decision, the African Union has scheduled 24 July 2015 to hold the Inaugural Meeting of the African Union Strategic Task Force on the 2050 AIM-Strategy and theLaunch of the Decade of Africa Seas and Oceans together with the celebration of the very first Africa Day of Seas and Oceans which will follow the meeting on 25 July 2015.

Media representatives are invited to attend and cover the events.

Japanese Prime Minister’s Visit to the African Union: The Chairperson of the Commission Highlights the Importance of...
January 14, 2014

JAPANESE PRIME MINISTER’S VISIT TO THE AFRICAN UNION: THE CHAIRPERSON OF THE COMMISSION HIGHLIGHTS THE IMPORTANCE OF AFRICA’S VAST OCEANIC RESOURCES AND THE COMMISSION’S DETERMINATION TO PROMOTE THE CONTINENT’S BLUE ECONOMY

Addis Ababa, January 14, 2014 - As a follow up to his commitment made at TICAD V (The Fifth Tokyo International Conference on African Development) held in June 2013 in Yokohama, Japan, H.E. Mr. Shinzo Abe, Prime Minister of Japan, undertook an official visit to Africa, a visit that took him to the African Union (AU) Headquarters in Addis Ababa, Ethiopia where, in the presence of AU staff and various government officials, diplomatic corps, businessmen, local communities, and media representatives, he elaborated Japan’s foreign policy initiatives for Africa.

Echoing to the remarks made by H.E. Mr. Ato Hailemariam Desalegn, Prime Minister of Ethiopia and Chairperson of the AU, and those of H.E. Mr. Shinzo Abe, Prime Minister of Japan, H.E. Dr. ZUMA, in her closing remarks, highlighted that “Africa, in addition to land resources, also has vast oceanic resources, and therefore is exploring more sustainable and inclusive ways of expanding and protecting its Blue economy, yet another area where we can share experience with Japan.”

Dr. ZUMA’s statement reveals the extent to which the AU Commission and Africans in general have decided to protect their maritime domain and promote the continent’s Blue Economy, a dimension that holds a prominent place in the AU 2063 Agenda. Such a vision is well-articulated in the AU 2050 Africa’s Integrated Maritime Strategy (2050 AIM-Strategy), an African comprehensive, integrative, innovative and multi-layered common approach developed by Africans, with Africans, and for Africans on the basis that Africa’s socio-economic development highly depends on her Maritime industry, Blue Economic and Blue Growth, also referred to, by the AU 387th Peace and Security Council held at Ministerial level on July 29, 2013, as “a new frontline of Africa's true and meaningful renaissance.”

Lyon, December 12, 2013 - At the invitation of Interpol, a delegation from the African Union (AU), led by Mr Okechukwu Emmanuel IBE, Bureau of the AUC Chairperson, made the trip to the Headquarters of Interpol in Lyon to inter alia discus the AU’s 2050 Africa’s Integrated Maritime Strategy (2050 AIM-Strategy) Task Force and prospect viable ways for fruitful cooperation between the two (2) Institutions.

The AU delegation, made up of the following members: Mr. Bertino Matias Matondo, Bureau of the AUC Chairperson, and Mr. Samuel Kame-Domguia, Coordinator of the 2050 Africa’s Integrated Maritime Strategy (2050 AIM-Strategy) Task Force, held meetings with Interpol Secretary-General, Mr. Ronald NOBLE and his Maritime Security Staff. AU Commission-Interpol Plan of Action was at the center of the discussions. The Interpol leadership expressed their unconditional support towards the AU 2050 AIM-Strategy and its Plan of Action. They went a step further by deciding to partner with the AU Commission in providing support in the implementation of the Yaoundé Inter-regional Coordination Centre on Maritime Safety and Security for Central and West Africa, as well as the operationalization of Regional Maritime Centers throughout Africa.

During these four (4) days, the mission of the AU delegation was punctuated by various visits to Interpol key information sharing and coordination installations, as well as numerous presentations delivered by the host organization on, among others, maritime safety and security program, marine environmental crime and maritime security initiatives, illegal trafficking in Africa, and counter terrorism measures.

At the end of the visit, both parties agreed to further explore possibilities of developing win-win cooperation frameworks, particularly in the fields of capacity building and experience sharing from lessons learned.

Lisbon, December 5, 2013 -At the invitation of the Portuguese Government, a delegation from the African Union (AU) 2050 Africa’s Integrated Maritime Strategy (2050 AIM-Strategy) Task Force participated in the Lisbon Atlantic Conference held on December 4-5, 2013.

The theme of the Conference was “Blue Growth of the Atlantic”, a theme that situates the importance of the Atlantic Ocean as a sea of opportunities, an image well-captured by the Portuguese who describe their country as made of 3% of land and 97% of opportunity.
It was indeed very important that the hosts invited the AU Commission as they have expressed their keen interest in playing an important role, through a transfer of maritime know-how and technological expertise, in the implementation of the 2050 AIM-Strategy and its Plan of Action, an African driven vision geared towards Blue Growth promotion.

Led by the Coordinator of the 2050 AIM-Strategy Task Force, Mr. Samuel KAME-DOMGUIA, the AU delegation, in the margins of the Conference, met with the Portuguese Minister of Agriculture and Sea, the European Union (EU) Director-General for Maritime Affairs and Fisheries, who was representing the President of the EU Commission, the Portuguese Secretary of State for the Sea, the Special Advisor on Maritime Affairs and Environment to the President of the Portuguese Republic, the Director-General of Maritime Policy, to only cite a few. These meetings with various maritime authorities were motivated by the Task Force’s intention to elaborate more on how the AU 2050 AIM-Strategy would contribute to positively change the destiny of African populations through blue growth promotion.

Seen as the “new frontline of Africa's renaissance” as stressed by the 387th Peace and Security Council in its Final Communiqué on July 29, 2013, Blue Economy and Blue Growth constitute the essence of the 2050 AIM-Strategy, a very innovative, comprehensive and integrative vision that seeks to promote Africa’s maritime resources and the all economy around the continent’s maritime industry.

At the end of the visit, both parties, the AU and the Portuguese Government, agreed to develop a Memorandum of Understanding (MoU) to seal their keen determination to cooperate for the sake of a win-win partnership so to protect our waters and the marine life, and, by the same token, take advantage of the incommensurable wealth sited beneath ours waters, seas and oceans.