Highlights of key activities during the joint AU- UN Horn of Africa visit.

Highlights of key activities during the joint AU- UN Horn of Africa visit. 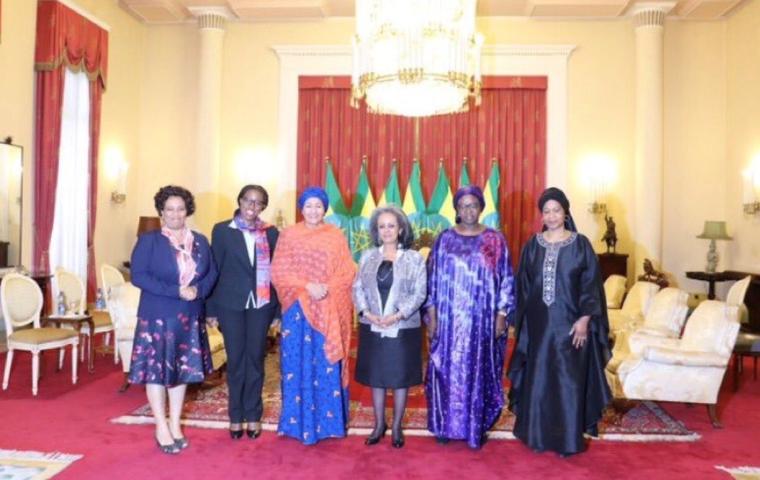 Addis Ababa, Ethiopia, 1st November, 2019 – The African Union Special Envoy on Women, Peace and Security, Mme Bineta Diop, led the delegation of the African Union in the third joint African Union – United Nations Solidarity Mission to the Horn of Africa from Monday 21st to Saturday 26th October, 2019. The UN delegation was led by the United Nations Deputy Secretary-General, Ms. Amina J. Mohammed. The main objective of the mission was to re-center women’s leadership and participation in peace, security and development, as inscribed in Agenda 2063, Agenda 2030 and the joint AU-UN Frameworks on Peace, Security and Development. During the six- day visit, the joint delegation engaged with women’s groups, government officials and other stakeholders in Djibouti, Ethiopia, Eritrea and Somalia.

In Ethiopia, the mission focused on women’s leadership in governance, development, prevention and on the joint AU-UN partnership for peace and development. The joint delegation supported the launch of the African Women Leaders Network (AWLN) Ethiopian National Chapter, together with the President of the Federal Democratic Republic of Ethiopia and AWLN Leaders, H.E. Ms. Sahle-Work Zewde, Chief Justice Ms. Meaza Ashenafi, the Group of Friends of the AWLN to the AU and women’s led organizations.

The delegation was also received by H.E. President Zewde for a working lunch in the company of eminent Ethiopian women ministers at the Presidential palace. The meeting offered the opportunity to discuss Ethiopia’s leadership to advance women’s participation in government and ways to enhance support for women across sectors, with a focus on agriculture, economy and financing, and the commitment of the AU and the UN to collaborate with Ethiopia in advancing the gender equality agenda.

The President emphasized the commitment of the Government of the Federal Democratic Republic of Ethiopia to gender parity and women’s empowerment. She stressed women’s paramount role to build peaceful and strong societies. President Zewde further welcomed the launch of the AWLN Ethiopia National Chapter as an essential platform for women to come together to be in solidarity and to support the transformative women agenda.

The joint AU-UN delegation also engaged with Ethiopian women serving in peacekeeping missions, women leading peace efforts at grassroots level through the “Mothers for Peace Initiative, women entrepreneurs and young women working with the UN Economic Commission for Africa and the AU, through the African Women Leaders Network Fund (AWLF). The delegation joined Member States to the AU and UNODC to launch of the “Blue Heart Campaign” which aims at echoing the voices of women addressing human trafficking through gender dimensions. The joint delegation briefed the chairperson of the African Union Commission, H.E. Mr. Moussa Faki Mahamat and the AU Peace and Security Council on their engagements for peace and development in the region.

In Djibouti, the joint delegation met with the President of the Republic H.E. Mr. Ismaïl Omar Guelleh, who reaffirmed the country’s commitment and leadership to advance women’s participation in governance. In a follow up meeting, the Minister of Foreign Affairs H.E. Mr. Mahamoud Ali Youssouf emphasized the role of gender quality in peace and humanitarian efforts, while welcoming the new era for peace in the region. The African Union delegation reaffirmed the commitment of the continental organization to support Djibouti in its efforts to empower women and girls, while reaffirming the importance of bringing peace through women’s leadership.

The joint delegation met with women parliamentarians, women refugees, migrants and local vulnerable women at the Centre for Disabled children, a non-governmental organization working closely with vulnerable women and families.

In Somalia, the joint delegation focused their engagement on women’s participation in elections and in preventing violent extremism. The joint delegation was received by the African Union Mission in Somalia (AMISOM) and the UN Mission in Somalia (UNSOM). The AU Special Envoy on Women, Peace and Security and the UN Deputy Secretary-General met with the President of the Federal Republic of Somalia, H.E. Mr. Mohamed Abdullahi Mohamed, the Prime Minister, H.E. Mr. Hassan Ali Khayre and Cabinet Ministers, including Federal Government of Somalia Minister of Women and Human Rights Development, Ms. Deqa Haji Yassin. The delegation also met with the Chair of the National Independent Electoral Commission, H.E. Ms. Halima Ismail Ibrahim, and women civil society leaders to engage on women’s leadership for peace and political elections.

The joint delegation shared the African Union and United Nations message of support to women’s participation in governance, peace and security efforts.

In Eritrea, the joint delegation focused their engagement on regional integration and women’s economic empowerment. The delegation visited road work projects to improve connection between Eritrean ports and Ethiopia, as well as the Gergera and Adi Halo Dam projects led by young women engineers answering to the need for women’s economic empowerment through water for household and agriculture. The joint delegation met with the National Union of Eritrean Women (NUEW), women agro-entrepreneurs at Azaib Dairy Farm, a successful women-run enterprise focusing on cheese making savoir faire.

The joint delegation held a fruitful meeting with the President of the State of Eritrea, H.E. Mr. Isaias Afwerki, as well as with Ministers, Senior Government Officials and the diplomatic community on the meaningful participation of women in all sectors for peace, security and development.

END_OF_DOCUMENT_TOKEN_TO_BE_REPLACED 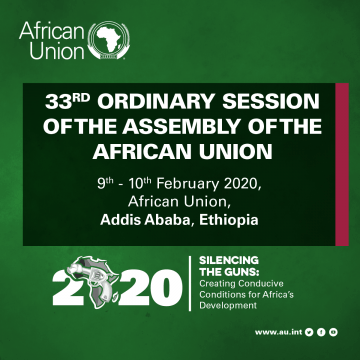