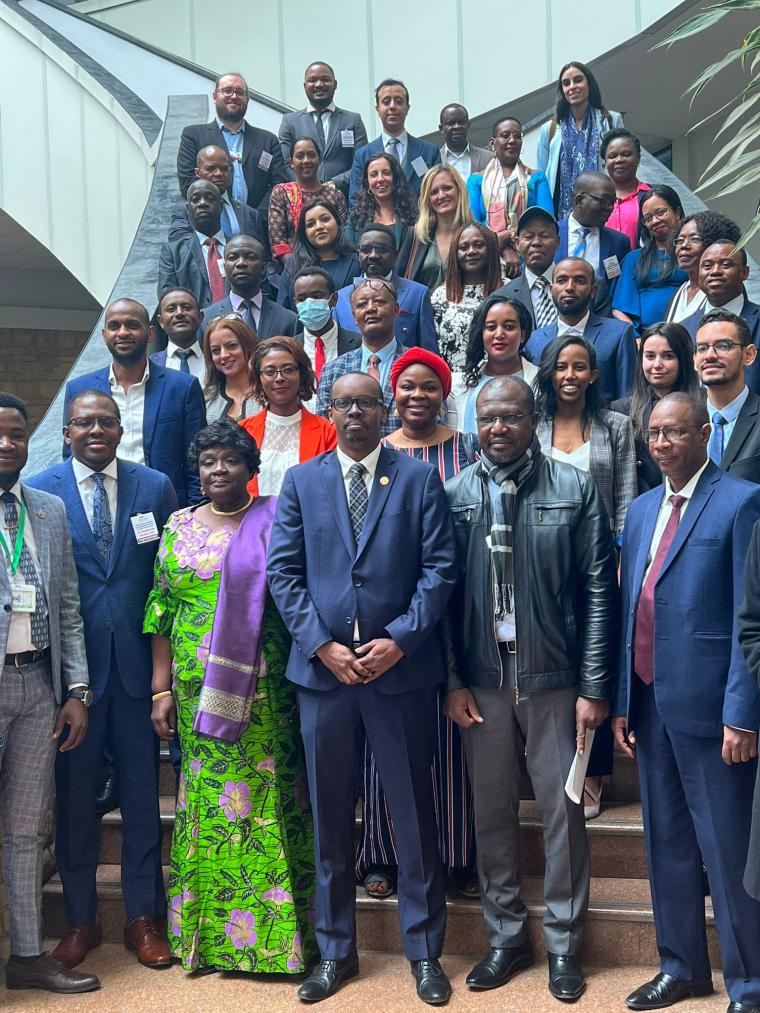 INVITATION TO REPRESENTATIVES OF THE MEDIA

What:         Celebration of 40 years of Africa’s contribution to the United Nations

Convention on the Law of the Sea (UNCLOS) under the theme

“ Assessment of the Contribution of Africa and Africans to UNCLOS”.

(Will be held in hybrid format)

*  Reflect on the contribution of the AU and its Member States to the   development of UNCLOS and assess the benefits and challenges for the Continent over the last 40 years.

* Discuss how Africa can strategically position itself at the global level to maximize the gains envisioned under UNCLOS.

* Consider the roles of key stakeholders, including Member States, RECs and international entities.

* Promote among AU Member States, the signing, ratification and implementation of AU Maritime legal frameworks; and to explore the new era of UNCLOS, in light of the ongoing negotiations of an international legally binding instrument (ILBI).

* Member States (government departments, administrations, agencies and     operators in the law of the sea and maritime sector); Legal Experts and Coordinators of BBNJ in New York.

* Practitioners: Legal Advisers of Ministries of Foreign Affairs of AU Member States, Lawyers with specialization in the Law of the Sea and International Maritime law;   International organizations dealing with the law of the sea and maritime- related matters;   Educational and Research Institutions: Academics, Law Faculties from AU Member States, African Law Researchers and the Diaspora, Research Centers on the Law of the Sea in Africa and elsewhere; Regional and International Organizations, as well as Non-governmental Organizations whose work is related to the law of the sea.

This event seeks to address the question, whether the expectations of the African Union and those of its Member States that came with the UNCLOS in the 1970s and 1980s have been met forty (40) years later. If not, what challenges have there been, and what can African States do to strategically place themselves to gain more from the new ocean regime.

Most African Member States were only a decade old when the negotiations that resulted in this new ocean regime began, and they were still grappling with the fundamentals of nation building and international relations. Africa's contribution to international politics is arguably under-recognized, yet the Continent played a significant role in shaping the legal and economic order that led to the adoption of the United Nations Law of the Sea Convention (UNCLOS) in 1982.

Adopted after nearly a decade of prolonged negotiations and also known as the "Constitution of the Oceans", UNCLOS aims to define maritime borders, control seabed exploration outside of national waters, encourage the peaceful use of the oceans, and control freedom of navigation, and offer for the preservation and protection of marine life. The Convention's Preamble, which states that it will "promote the peaceful uses of the seas and oceans," "maintain peace, justice, and progress for all peoples of the world," and "contribute to goals of realizing a just and equitable international economic order," effectively captures the significance of the Convention as a global instrument, particularly in the context of the 1970s.

The UNCLOS is the result of efforts made by African States and developing States to reform the post-colonial legal order and to ensure access to ocean resources. This reformation agenda was first undertaken by the African States under the auspices of the Organization of African Unity (now the African Union) and, later, on the platform of the Group of 77.

One of the most significant contributions made by African States to the law of the sea is the creation of the exclusive economic zone concept, which is fundamentally distinct from the continental shelf concept and the extension of the territorial sea proposed by some other developing States. Another significant novelty that promises a fundamentally different resource management method is the African provision made for participation by landlocked States in access to the living resources of the zone. One aspect of the global issue of distributing benefits from global resources to developing States is the law of the sea.

Journalists are invited to cover the opening on Friday 16th December 2022, in Addis Ababa, Ethiopia