There is progress on gender equality and empowerment in Africa, but more still needs to be done; PAWO Congress

There is progress on gender equality and empowerment in Africa, but more still needs to be done; PAWO Congress 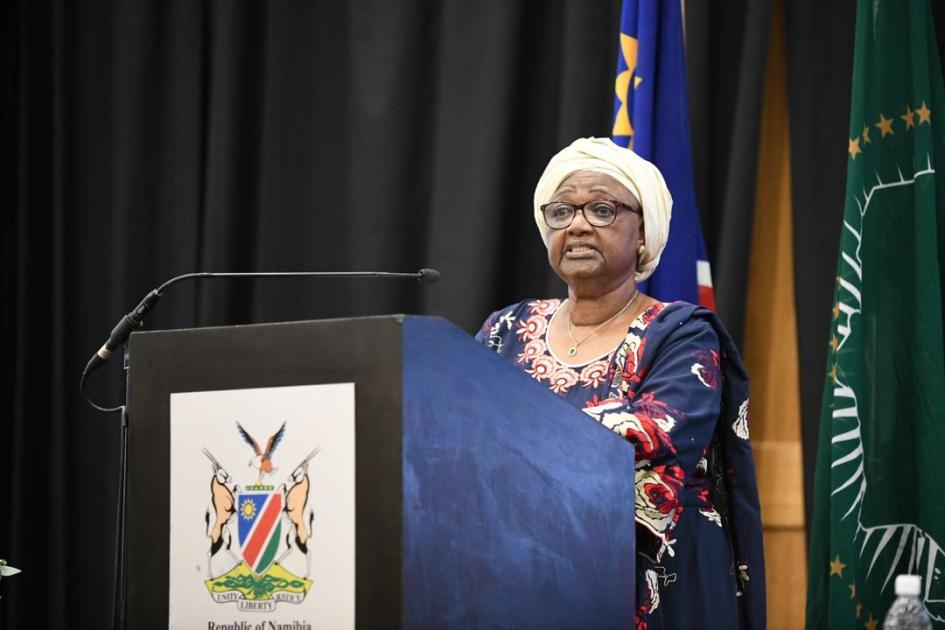 The Pan-African Women’s Organisation (PAWO) has concluded its 10th Congress, calling for enhanced efforts towards the economic empowerment of African women. Convened on the theme “accelerate African Women’s Action Towards Achieving Sustainable Economic Development within the Context of the UN Agenda 2030 and AU Agenda 2063”, the three-day meeting focused on the strategies for women and girls to be more actively and meaningfully involved in the implementation of Africa’s Agenda 2063 and the global Agenda 2030. PAWO, Africa’s first and oldest women’s organization that has over the decades contributed to the struggle for the continent’s liberation from colonialism, the elimination of apartheid and the eradication of gender inequalities, discrimination and injustices against women, observes that although the continent has made much progress in closing the gaps on gender equality, parity and empowerment, more still needs to be done.

The President of PAWO, Mrs. Assetou Koite, when addressing the congress, among others, called on Africa to maximize investment in women in order to reduce discrimination and enhance their participation in social issues. She called on all African Union member states to create an enabling environment for women and girls, including those in rural areas, by ensuring that they participate in the bottom-top approach on poverty eradication. She also highlighted the nexus between gender equality, peace and development. “Economic empowerment on the African continent can only be attained if women occupy high political and social positions. We must make efforts in a number of areas to ensure women achieve education and also take advantage of the emerging opportunities in science and technology. We must eliminate the obstacles and discrimination women face in terms of access to financing”, she noted.

The President of the Republic of Namibia, H.E. Hage Geingob, lauded the recent decision by African Heads to State and Government to declare 2020-2030 the new Decade for African Women’s Financial and Economic Inclusion, underscoring the integral role women and particularly PAWO, have played in the struggle of African people to attain human dignity, and break the chains of oppression. While outlining key achievements in Namibia, the President pointed out that Namibia has prioritized the issue of Gender Parity as a means of addressing historical imbalances and injustices towards women, by implementing the 50/50 representation in government leadership positions adding that Namibia’s parliament also comprises of forty six (46) percent of women. “To further demonstrate our commitment to enhance capacity on gender equality, Namibia is in the process of establishing an International Women’s Peace Centre, which will focus on national, regional international conflict resolutions and management activities, as well as aspects of mediation and negotiations. I however urge you, that as we focus on the girl-child, we should not forget the boy-child. In addition, the youth should be empowered in order for the continent to benefit from their vast and untapped potential”, he stated.

The African Union has continually advocated for the meaningful participation and leadership of women and their efforts towards attaining gender equality and women’s empowerment, as a critical goal and strategy in the realization of Agenda 2063 “Aspiration 6” that recognizes the centrality of women in Africa’s development. Amb. Hawa Ahmed Youssouf, Special Representative of the Chairperson of the African Union Commission, Moussa Faki Mahamat, restated the African Union Commission’s commitment to eliminate all forms of discrimination against women, to ensure their full participation in the economic, political and social development of their countries. During his visit to war torn countries, the Chairperson has regularly observed that despite the suffering of women and children during conflicts, women have always demonstrated their resilience to fight the scourge of poverty and remain the agents of change the continent needs. His statement read, “PAWO has paved the way for accelerating women rights on the continent. We must therefore do more to ensure the women and girls are actively involved in the development of Africa. We commit to accelerate African women’s action towards achieving sustainable economic development for the realization of AU Agenda 2063.”

In reflecting on the areas of convergence between Agenda 2063 and Agenda 2030, African Union Commission Acting Director of the Women and Gender Development Directorate, Mrs. Victoria Maloka, highlighted that both Agendas recognize the critical agency of women and youth in the achievement of the vision of Agenda 2063 and the goals of Agenda 2030, which is particularly significant, as the continent marks the new decade of the financial and economic inclusion of African women. To realize the goals stated in both agenda frameworks, she underlined the need for more action to drive the policy implementation of policies on gender equality and parity, such as the Protocol to the African Charter on Human and People’s Rights on the Rights of Women in Africa (Maputo Protocol). Forty-two (42) out of fifty-five (55) Member States have ratified the Maputo Protocol on Women’s Rights. Thirteen (13) Member States are yet to ratify. “If our member states ratify and fully implement this protocol, women will greatly benefit from the civil and political, economic, social and cultural as well as environmental rights for women envisioned in the protocol. This congress is a good reflection of the commitment to promote equal opportunities for men and women, and I urge you that we all take the advocacy role with us wherever we go”, she stated.

Gender Parity is a pre-condition for achieving the vision that underscores the African Union framework, Agenda 2063. Aspiration 6 of the framework seeks “An Africa, whose development is people-driven, relying on the potential of African people, especially its women and youth, and caring for children.” The Gender parity project seeks to have a 50/50 representation of women and men in the staff component of the African Union by 2025.