Bridging the gap of women’s role in the peace and security agenda.

Bridging the gap of women’s role in the peace and security agenda. 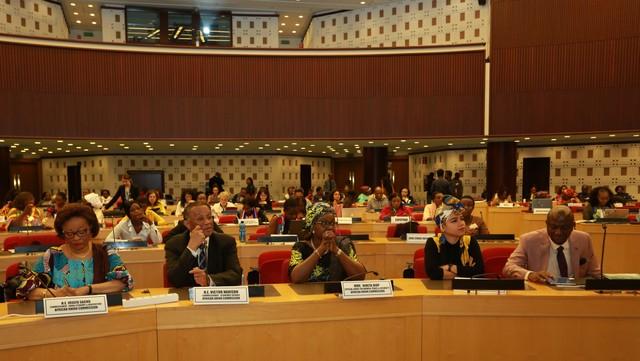 January 4, 2020, Addis Ababa, Ethiopia: As the African Union (AU) dedicates year 2020 to accelerate action and efforts towards ending all wars, civil conflicts, gender-based violence and prevention of genocide, the role of African women and girls has been emphasized as an integral part of the implementation of the master roadmap to silence the guns in Africa. Convening at the African Union pre-summit on gender, women and girls in Africa reviewed the status of conflicts in the continent, the existing and emerging threats and made recommendations on mainstreaming gender equality as a key component of implementation of the roadmap.

Addressing the Gender Is My Agenda Campaign (GIMAC) Pre-summit held under the theme “recognizing and amplifying women and girls’ agency to silence the guns in Africa”, AU Commissioner for Political Affairs, Minata Samate Cessouma, restated the commitment by the African Union to achieve the goal of a conflict-free Africa and make peace a reality for all. She underscored the need to scale up the involvement the women and girls in prevention mechanisms, intervention for peacebuilding and the post-conflict reconstruction efforts. She noted, “AU developed an AU Master Roadmap of Practical Steps to Silence the Guns in Africa and which speaks greatly on the political, economic, social, environmental and legal aspects involved in addressing the security challenges in the continent. It is important to significantly increase the proportion of women in all these areas to enable them actively and meaningfully contribute to peace efforts.”

In recognizing that women and girls are the most adversely affected by conflicts and wars, Commissioner Samate added that their contributions and involvement cannot be limited to symbolic roles and therefore deliberate efforts must be taken to boost women and girls involvement in the peace and security agenda at the community, national, regional and continental levels. She observed that in choosing the theme of year 2020 as “Silencing the guns: Creating a conducive environment for Africa’s development” the Union’s has demonstrated its commitment to address existing issues and emerging challenges to a stable and peaceful continent. The theme will also complement the implementation of other gender-related AU instruments such as the Maputo protocol.

The commissioner’s sentiments were echoed by other key speakers at the pre-summit. United Nations Economic Commission for Africa’s Executive Secretary, Vera Songwe, noted that guns consistently continue to silence women’s voices, depriving them of human dignity on unprecedented levels. She stated, “women can help improve Africa's economic growth exponentially and that growth can in turn help Africa's women as we seek to close the gender economic gap. We need to silence the guns now.”

Citing their ongoing efforts to address instability such as the contribution to the development of a common African Position on Education for women and girls in conflict and post conflict situations in 2019, the GIMAC network Chairperson Martha Muhwezi stated, “we need to foster partnerships that accelerate policy implementation, lead to shifts in knowledge and resource, as well as greater accountability for gender equality and women’s empowerment.” She lauded the convening of the pre-summit as an opportunity for women and girls to identify gaps, provide recommendations and offer a space for strategic engagement on how to bridge the gender equality gap in maintaining and restoring peace and security in the continent.

Briefing the meeting about the ongoing AU Reforms, Victoria Maloka, the Acting Director of the Women, Gender and Development Directorate underscored some of the key priorities of the Reforms, including peace and security, political affairs, economic integration, reinforcing Africa’s global voice as well as connecting the AU to its citizens.

The two-day meeting was also addressed by Vasu Gounden, the founder and Executive Director of the African Centre for the Constructive Resolution of Disputes (ACCORD), who emphasized the urgent need to address the drivers of conflicts for the positive transformation of the continent. He noted, “with no industries, jobs; rapid urbanization; the global economic slowdown; commodity crisis, climate change; disruptive technologies; end of neo-liberal democracy; rise of populism, nationalism and authoritarianism, the continent is at a very dangerous crossroads and we must collectively address these challenges.”
The AU has put in place several programmes of economic nature for implementation by Member States. The AU Peace and Security Council (PSC), has consistently emphasized the need to prevent and resolve conflicts, including through economic measures. Among the programmes put in place by the AU are African Continental Free Trade Area (AfCFTA); Programme for Infrastructure Development in Africa (PIDA); Comprehensive Africa Agriculture Development Programme (CAADP); Minimum Integration Programme (MIP 2009). These programmes, are expected to be rapidly implemented in 2020 under the Theme of the year. 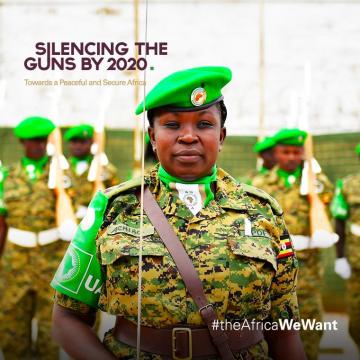